Tax Deductible Moving Expenses Get a Change for 2018

We know moving, whether it is local moving or long distance moving doesn’t always make you feel as calm and relaxed as you’d like. In fact, it’s kind of stressful. And even more so when you start thinking about money and issues like tax deductible moving expenses.

What’s covered? What’s not? And does the recent tax reform law affect your moving day budget?

In our effort to make your moving day much more than a chore, but a celebration, we want to do everything we can to make sure you are completely prepared and comfortable by the time our top-notch packers and movers arrive. So here is everything you need to do about moving deductions and how to get ready for the IRS.

Are you sitting down?

Ok, we are going to start with the not so good news. Unfortunately, the Tax Cuts and Job Acts (TCJA) that passed in December of 2017 removed costs of moving as deductibles. You see previously, if you were being relocated by your company or if you were moving to start a job new job in a new city, you could deduct quite a bit of your moving costs. The TCJA changed that. Now, there are no tax deductible moving expenses unless you are a member of the United Stated armed forces.

How long will no moving deduction last?

The good news is that it won’t last forever. The laws of the TCJA are set to expire in 2025 unless Congress decides to make it permanent. The other good news is that if you are extremely late in filing your 2017 taxes, there’s still time to deduct moving expenses for that year (if you moved). So let’s talk about what that would look like so you can understand how these line items for laws passed (or revoked) affect your bottom line.

Some of the moving deductions that were allowed in previous years included:

What wasn’t covered was meals and food. But these deductions made a big impact on taxes because they were what’s called “above the line.” That meams that you could take the standard deduction and then also take the moving deductions without having to itemize.

How to qualify for moving deductions

In order to qualify, the move had to within one year of when you first started work at your new location, you had to be over 50 miles from your previous location and old job, and you had to satisfy some time working requirements (typically at least FT for 39 weeks folloing your move). These were all filed on the Form 3903 and also written on line 26 of Form 1040 for 2017. Servicemembers in the US military did not have to meet these requirements and still don’t under TCJA as long as they have military orders accompanying their move.

What about state taxes? Do states allow moving expense deductions?

The short answer is some do. When federal tax law changes take place, states either decide to change in accordance to federal law automatically (this is called “rolling” conformity) or they use “static” conformity. Here they decide to follow the federal code to a certain date and then decide at that time whether and for how long to continue doing so.

States do have the right to “decouple” from provisions they don’t want to apply to their own state taxes. For instance, New York lawmakers decided to keep the moving expense deductions in place for their state taxes despite following the rolling conformity.
It gets a little dicey here as several states are still considering legislation, but these are the states where moving expenses should still be deductible on state taxes.

The best bet is to check with your tax advisor before making your move to find out which items may be deductible. You can also check with the HR department of your company to learn about your relocation package. Sometimes you can get reimbursed for moving expenses by your company. The most important thing is to keep all documentation and paperwork for your records.

More than ever it is critical that you work with a fair and reputable company to keep more of your hard earned money in your pocket. We are ready to help you as much as possible with your move. After all, we take pride in helping to make it a day of celebration. Give us a call today for a free quote.

« Packing a billiard table for moving

How Long Does It Take To Complete Your NYC Relocation? » 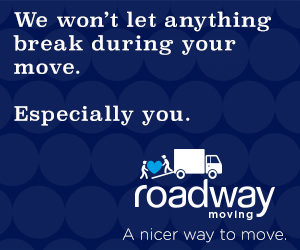 Get a free Quote

Looking for the best movers in New York City? Get started today with a free quote and find out why Roadway Moving is the #1 rated NYC moving company.